November Book of the Month

With a focus on: Honesty

Ruben feels like he is the only kid without a bike. His friend Sergio reminds him that his birthday is coming, but Ruben knows that the kinds of birthday gifts he and Sergio receive are not the same. After all, when Ruben’s mom sends him to Sonny’s corner store for groceries, sometimes she doesn’t have enough money for everything on the list. So when Ruben sees a dollar bill fall out of someone’s purse, he picks it up and puts it in his pocket. But when he gets home, he discovers it’s not one dollar or even five or ten—it’s a hundred-dollar bill, more than enough for a new bike just like Sergio’s! But what about the crossed-off groceries? And what about the woman who lost her money? Presenting a relatable story told with subtlety and heart, the creative team behind Those Shoes pairs up again for a satisfying picture book. 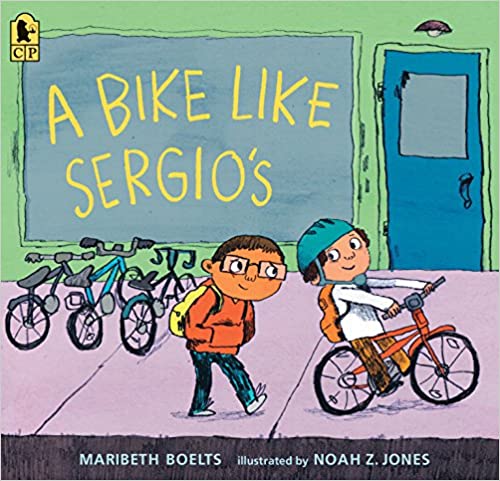 Share to FacebookShare to TwitterShare to LinkedInShare to EmailPrint this page